Impact of IGEP 2017 - Greetings from Niger to Finland

The first International Gender Equality Prize, awarded in 2017, was granted towards building a shelter for victims of gender-based violence in Niamey, Niger. The shelter will offer a safe area for local girls and women who have experienced domestic violence.

The International Gender Equality Prize 2017, worth €150,000, is helping to build a shelter for victims of gender-based violence in Niamey, the capital of Niger. Physical and sexual violence is a serious problem in Niger, and its victims are often difficult to reach.

“This shelter will improve the lives of girls and women in vulnerable situations. It is a safe space for victims to stay overnight, meet each other and get help from dedicated professionals,” says Mariama Moussa, project leader from the organisation SOS FVFF. 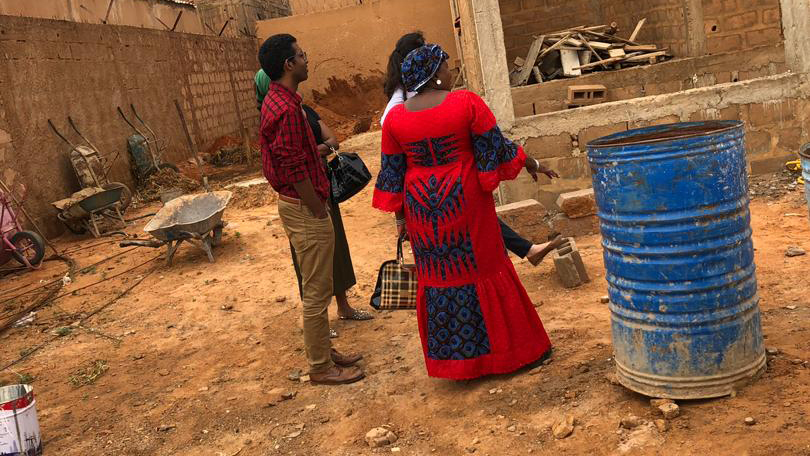 The organisation’s work has been suffering from lack of accommodation. Once ready, the shelter will include four bedrooms, a common area for group conversations, a kitchen and a dedicated space for children. Psychologists, social workers, a guard and a driver will work at the shelter.

Building a shelter has been a long-awaited dream of SOS FVFF, and it gives them a new and effective resource to support girls and women in Niamey and its surroundings, as well as in rural areas of Niger. The construction work is ongoing, and the funding has also boosted the general agenda of the organisation.

“This international recognition from Finland to our work has encouraged more partners to engage in addressing violence against women. Even the prime minister of Niger, Brigi Rafini, has visited the new premises. This is all thanks to Finland, and their commitment to advancing gender equality all around the world,” says Moussa. Chancellor Angela Merkel visited Niamey to follow the construction of the House of Hope. The International Gender Equality Prize was awarded to her and she desided to direct the prize money to SOS FVFF.

The recipient of the International Gender Equality prize 2019 will be announced on 2 December in Tampere, Finland. This year, the prize is worth €300,000.