Finland was the first country to grant full political rights to women in 1906. For more than 100 years women have had active roles in working life and decision making.

Our rise to the top ranks in various ratings is based on equality. 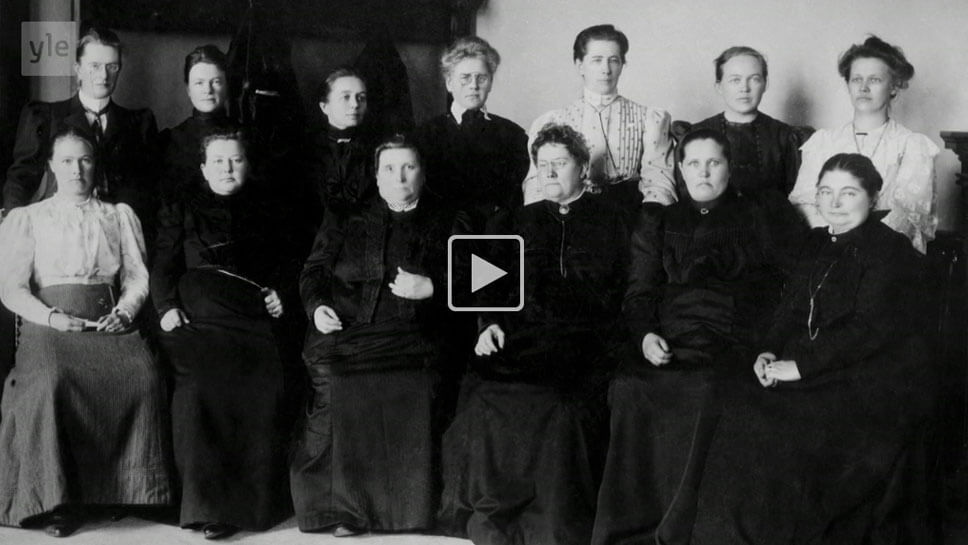 Video: The History of Equality

The entire talent of our small nation — not only 50% of it — was fully utilised and we were the first country in the world to do this. 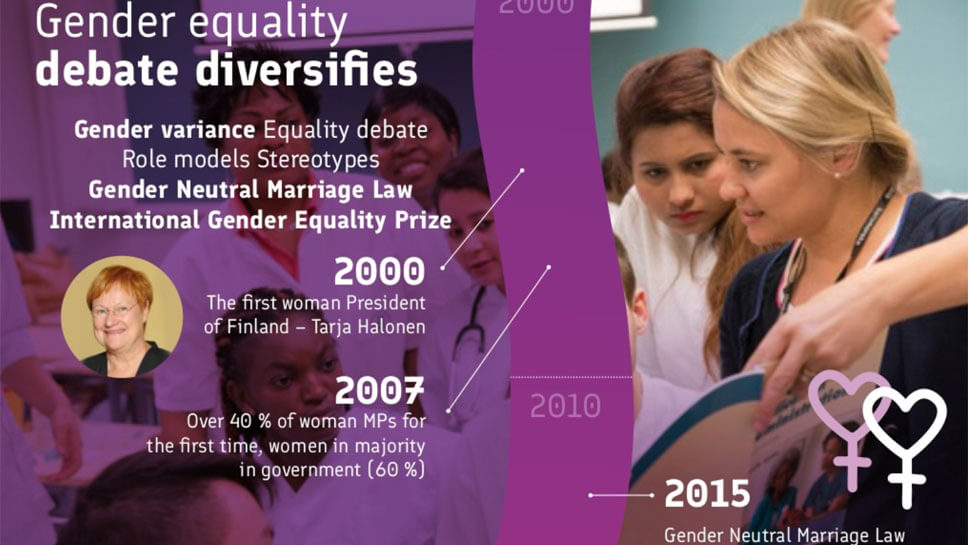 Finland is a world leader in creating an equal society for women. We are still pursuing this work and hope to lead by example.

TODAY WE ARE PROUD TO REPORT:

WE HAVE RECEIVED THESE ACCOLADES: