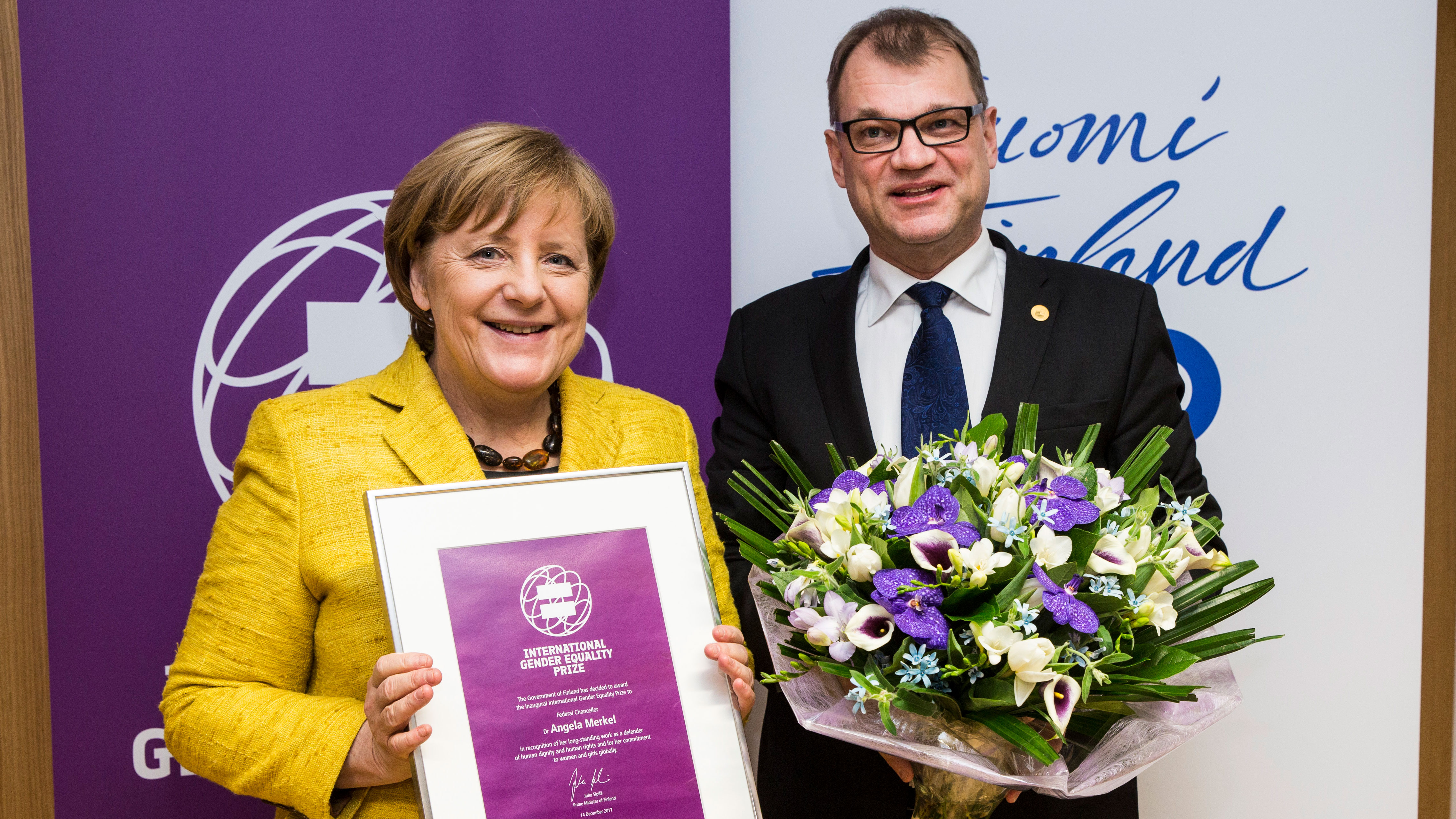 The first-ever recipient of the International Gender Equality Prize introduced by the Finnish Government is Federal Chancellor Angela Merkel of Germany. Prime Minister Juha Sipilä announced the recipient of the prize in Brussels on 14 December 2017.

The Government presented the prize to the recipient based on a proposal made by an independent jury. The composition of the jury was: Paulina Ahokas, (chair) Managing Director of Tampere Hall, Pekka Timonen, General Secretary for the Centenary and Rosa Meriläinen, author and researcher.

Reasons for the award 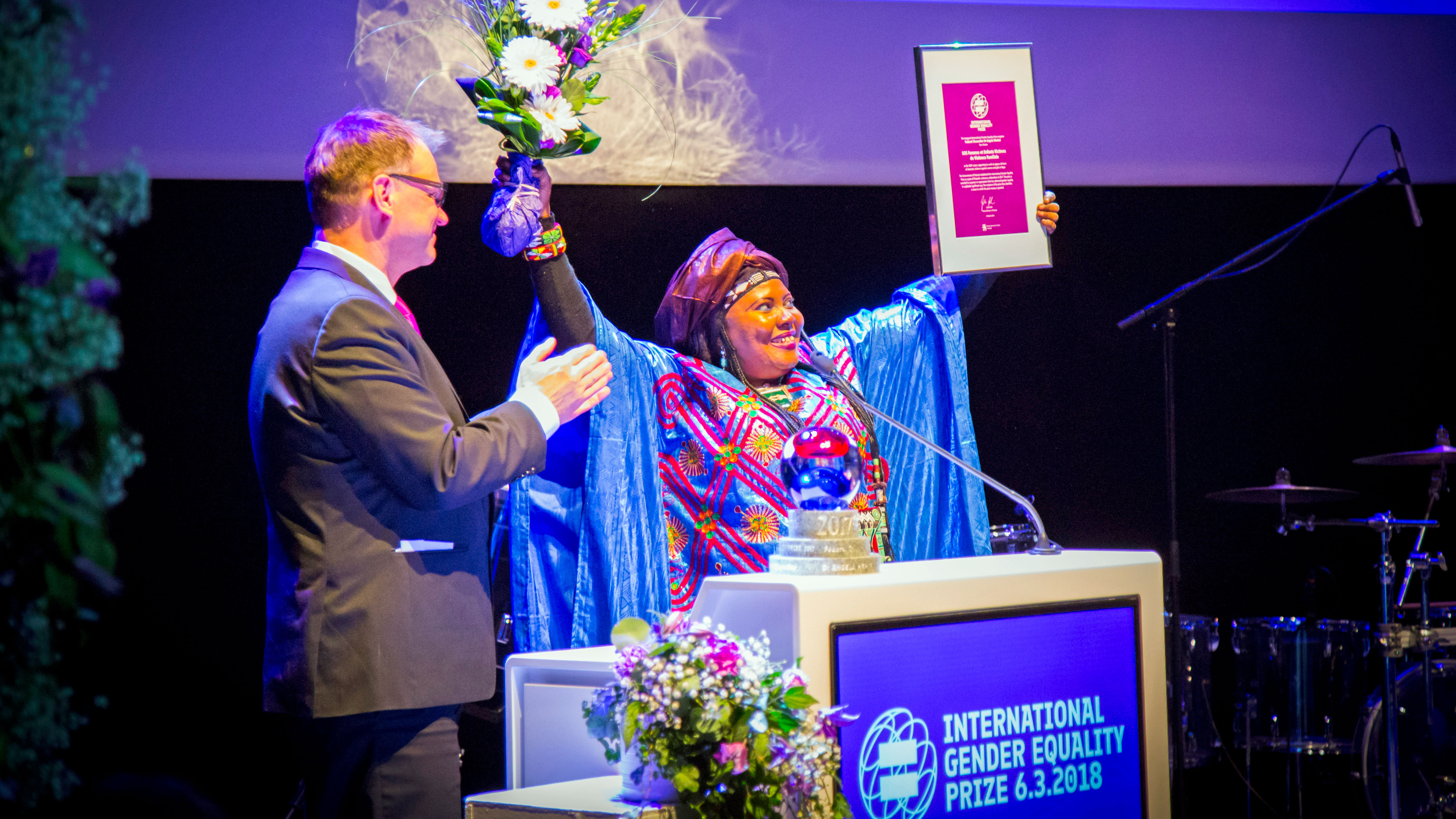 The recipient of the International Gender Equality Prize 2017 Chancellor Angela Merkel announced the Nigerien non-governmental organisation SOS Femmes et Enfants Victimes de Violence Familiale as the cause to which the EUR 150,000 prize money is assigned. Mariama Moussa, the founder of organization and internationally renowned promoter of the rights of women and girls received the prize at a prize ceremony on 6 March in Tampere, Finland.

She explained that the prize will allow them to make a long-time dream of the organisation come true. They want to establish a residential shelter where women and children who are victims of gender-based violence will be safe and receive physical and psychological help.

Above all, we must not tolerate the fact that women are made targets of aggression simply because they are women. Bodily harm and psychological trauma are bad enough in themselves. But often they are exacerbated by social stigma. This means that victims are exposed to violence on two levels. Consequently, it is all the more important to provide beacons of hope – people and organisations that support women and girls affected by violence.

For this reason I would like to make available the money from the Gender Equality Prize to one of these beacons of hope for women and girls affected by violence: the SOS Women and Children Victims of Family Violence. This non-governmental organisation works to prevent violence towards women and girls in the Niger. There, as in every country, prosperity and welfare are not dependent on just half of the population, but on all of it.

Press release 6 March 2018: Chancellor Angela Merkel of Germany who was awarded the International Gender Equality Prize will grant it to a cause combating violence against women and girls