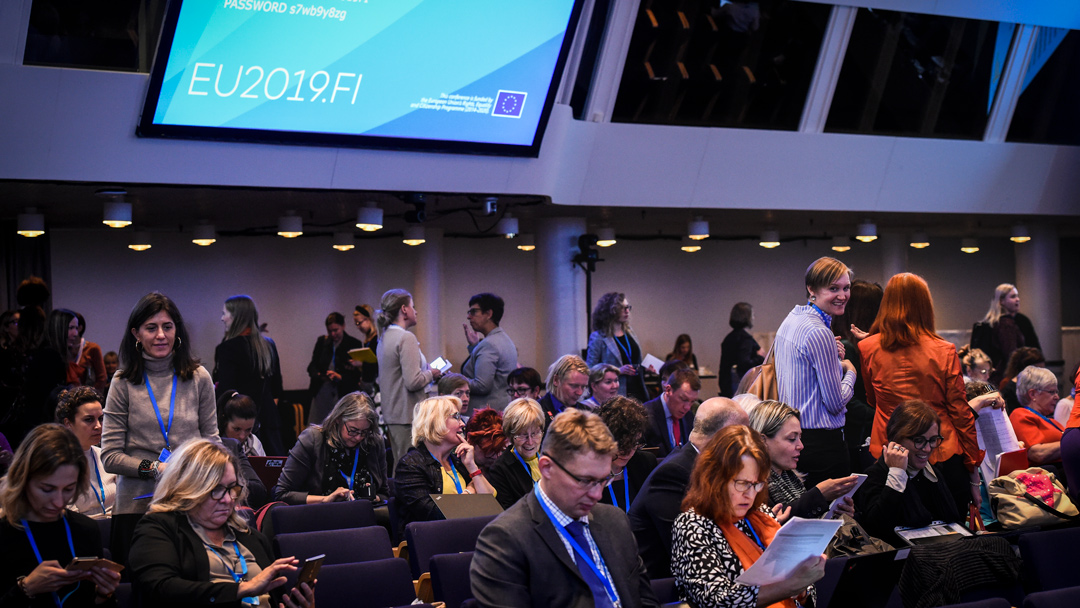 Finland’s objective as President of the Council of the European Union is to strengthen gender equality in the EU’s decision-making and make the links between economic issues and gender equality more visible.

“We need stronger political commitment in the EU so that gender equality can be taken forward with ambition in all EU decision-making. For this reason, a high-level gender equality strategy is needed in the EU. It is also necessary to intensify cooperation between the Member States, the different EU institutions, the private sector and the civil society. The new Commission is well placed to do this,” says Thomas Blomqvist, the Minister responsible for equality issues.

Under the leadership of Finland, the Council is also preparing conclusions on the EU’s future gender equality policy and equitable economies. The Council’s conclusions are to be adopted by the Employment, Social Policy, Health and Consumer Affairs Council in December.

According to international studies, gender equality and women's employment contribute to sustainable economic growth. Economic and budgetary policies should be further developed to take gender impacts into account. In practice, this would mean mainstreaming of gender perspective in different policy areas, strengthening cross-sectoral cooperation and developing investments and budgeting to support equality objectives, for example.

Gender equality is an integral part of the EU’s fundamental values and policies. However, the impact of the EU’s decisions on gender equality should be assessed in more detail. Examples of advances and challenges in equality in the EU are analysed in the fifth evaluation report on the implementation of the UN Beijing Declaration and Platform for Action in the EU. The Beijing Platform for Action was adopted at the World Conference on Women in Beijing in 1995. The results of the evaluation report prepared by the European Institute for Gender Equality (EIGE) will be reported at the high-level gender equality conference in Helsinki on 30 September and 1 October.

Global threats, such as climate change, have different impacts on women and men. Climate and energy policy should be gender-conscious and women should be more involved in decision-making in these areas. Digitalisation also brings new threats to gender equality, including online violence.

According to the evaluation report, women do an average of 13 hours more unpaid work per week than men. Because they have to take care of children, some 7.7 million women of working age are completely outside the labour market, compared to 500,000 men. In addition, 9 million women can only work part-time due to child care duties, while 600,000 men are affected by such responsibilities. One of the key findings of the report is that although nursing and care work carried out by women is of enormous significance for economic growth, it remains invisible.

One obstacle in the realisation of equality is that the number of women participating in making important decisions in the EU is considerably smaller than the number of men, according to the report.

The high-level conference on gender equality will be organised by the Ministry of Social Affairs and Health and will take place in Helsinki on 30 September and 1 October 2019. The conference will address the EU’s gender equality policy for the future and the relationship between equality and the economy from different perspectives. The two-day conference is part of Finland’s Presidency of the Council of the EU.

Europe for Gender Equality? The Taking Stock – Taking Action conference will be attended by more than 250 participants from all over Europe.

Take part in the discussion on Twitter with hashtags #eugenderequality #EU2019FI